Extended Wage Credit Scheme: When and How will Payouts be Made in 2017

Extended Wage Credit Scheme: When and How will Payouts be Made in 2017

Earlier this year, it was announced that S$660 million will be disbursed to more than 85,000 employees as part of the Wage Credit Scheme (WCS) - an initiative aimed at allowing companies to have time to adjust to the increase in wages amid the current labour market of Singapore.

Here is a look at what is the extended WCS and what this means for companies.

What is the Wage Credit Scheme?

In order for employers to benefit from the extended WCS, they must have granted their Singapore employees a monthly salary increase of at least S$50 in 2015, and given a similar salary raise in 2016. Likewise, employers who have shown to have had wage increases for their employees in 2015, up from 2014, will also be eligible. The employees must have been on the payroll for a minimum of three months during the year, and should have gotten CPF contributions for at least three months in the prior year. These employees should have been on the payroll of the same employer for a minimum period of three months within the applicable year. It is to be noted that the employers should have also made all the necessary CPF contributions for employees for 2016 by the 16th of January 2017.

The employers do not have to make applications to obtain the WCS payouts. Instead, the Inland Revenue Authority of Singapore (IRAS) will inform eligible employers by post of the wage credit that they will get by 31st of March. The payouts will also be granted by this date either by GIRO bank account transfer or cheque. It is to be highlighted that the payouts will be taxable in the relevant Year of Assessment.

How are the payouts calculated?

The payouts are calculated based on the salary increases per year, according to the pay difference of an employee in the qualifying year and the prior year. In addition to the annual salary increase, the payouts will be done if the employer has shown that he has made all the employee CPF contributions for the year. Should the employer be unclear about how the payouts are computed and granted, he can ask for detailed information about the total wage credit by employee in the year of the payout through the IRAS portal.

What if a wage credit adjustment is needed?

After the employer receives the WCS payout, he can make an appeal for wage credit adjustment. To do so, the IRAS will consider the appeal based on criteria including the merger of companies, the change of a business entity, and Singaporean employees based abroad for whom CPF contributions were not made but whose salaries had been paid. The submission of the appeal, which needs to include an appeal form and supporting documents, must reach IRAS by the 30th of June. 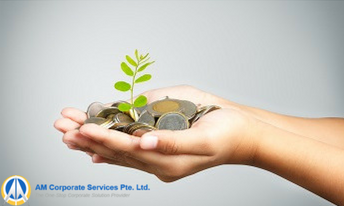