Filing for Bankruptcy in Singapore: What Comes Next

Filing for Bankruptcy in Singapore: What Comes Next 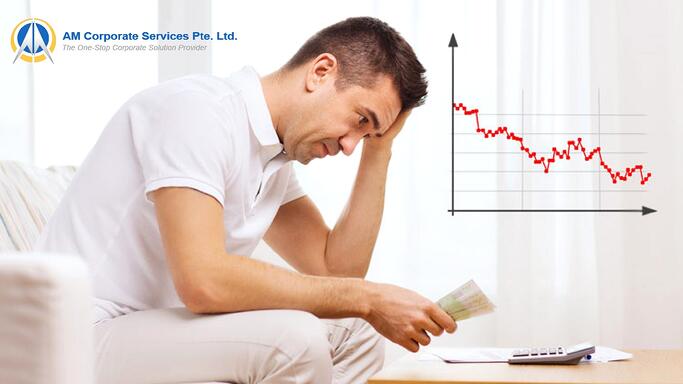 Contrary to popular belief, facing bankruptcy in Singapore is not a rare scenario. According to the country’s Ministry of Law, an estimated 1,800 persons fall into bankruptcy annually mainly as a result of  overspending, unemployment, and business failure.

Although having a good strategy and sidestepping some common business mistakes will help you avoid a financial crisis in your company, going bankrupt and starting everything again might be the best choice in certain cases.

Filing for bankruptcy may seem a daunting process.

But Singapore’s government has recently made a number of reforms to provide more flexible bankruptcy schemes and procedures.

Here is a quick look at how to file for bankruptcy in Singapore and what going  bankrupt entails.

Bankruptcy refers to the legal status of an individual who has debts amounting to S$15,000 that he is unable to repay. Prior to August 2016, the minimum debt for a person to be counted as bankrupt was S$10,000. The person is declared bankrupt by the High Court.

How Does Someone Become Bankrupt?

Bankruptcy schemes and processes are governed by the Singapore Bankruptcy (Amendment) Act which came into operation on 1 August 2016.

According to it, a Bankruptcy Application is filed either by the debtor or a creditor in the High Court. There is a S$1,850 deposit fee to be made when filing the application.

Insolvent debtors wishing to file for their own bankruptcy can get a detailed guidance on the proceedings from the Supreme Court.

Creditors applying for their debtor's bankruptcy first have to issue a Statutory Demand which asks for payment from the debtor. When the debtor fails to make a repayment within the set deadline, the creditor files a Bankruptcy Application in the High Court with a set date for a court hearing.

If the payment is not made before the hearing date, the High Court can go ahead to issue a Bankruptcy Order, declaring the debtor bankrupt. It is to be noted that the deposit of S$1,850 may be recovered by the creditor if there are enough funds in the bankrupt’s estate to refund the creditor. If the person is filing for his own bankruptcy, they will not receive a refund of the deposit.

What Happens to the Bankrupt’s Assets?

A trustee, who can either be a Private Trustee-in-Bankruptcy or the Official Assignee (who is a public servant and an officer of the Court), is appointed to the bankrupt.

The trustee’s role is to look after the person’s affairs during his bankruptcy, including selling the assets to pay off creditors, verifying creditors’ claims, assessing the bankrupt’s applications and conduct, and lastly applying for the bankrupt’s discharge.

It is to be highlighted that the bankrupt’s Central Provident Fund monies, Housing Development Board flat, and a portion of his income to support  family will still remain his assets and not be sold off to repay creditors.

What are the Consequences of Bankruptcy?

After being declared bankrupt, a person inevitably faces certain restrictions.

He is not able to start or continue legal action in court without his trustee’s permission, and he cannot act as a trustee or personal representative without court permission. He is no longer able to deal in property. He will not be able to travel or stay overseas without the trustee’s permission. In addition, he cannot obtain credit without disclosing his bankruptcy status.

In terms of business, the bankrupt is neither able to act as the director of a company nor be involved in the management of a business without permission.

What are the Responsibilities of a Bankrupt?

A person deemed bankrupt will need to file a Statement of Affairs that is a disclosure of all his assets and liabilities within 21 days of his Bankruptcy Order.

This Statement of Affairs should not contain any wrong or false information. With the help of his trustee, the bankrupt will then need to determine the amount of contributions to start paying off his debts. For those who have been declared bankrupt on or after 1 August 2016, there is a suggested contribution target available to the bankrupt.

One way of paying back the debts is when the bankrupt surrenders his assets to the trustee. Then the assets are sold and the proceeds are used to repay creditors. It is to be highlighted that the bankrupt should work with the trustee and follow the trustee’s directions. This is because a trustee can recommend an earlier discharge of the bankrupt, based on good conduct. The bankrupt is bound by bankruptcy laws.

How to be Discharged From Bankruptcy?

Under the new framework for bankruptcy schemes, set in August 2016, help is available to navigate first-time bankrupts out of debt.

A first-time bankrupt may be discharged within three to five years, if he has been  able to pay the target contributions in full, with no threshold of creditors objecting to the discharge.

It might take slightly longer (five to seven years) to be discharged, if the bankrupt pays the target contributions in full and the court rejects the creditors’ objections to the discharge.

Although filing for bankruptcy is not a pleasant or simple procedure, you can easily deal with the hardships, if you do everything in accordance with law. In addition, you can try to enter into a private agreement with your creditors to pay off your debts in instalments or extend the payment deadlines to avoid, providing truthful documentary evidence about your current financial situation.