Singapore vs Hong Kong: Why the Lion City Wins as the Best Place in Asia to Do Business

Singapore vs Hong Kong: Why the Lion City Wins as the Best Place in Asia to Do Business

The two business destinations have been consistently recognised and well-placed in rankings such as the World Bank’s Doing Business 2017 Report which put Singapore and Hong Kong in the second and fourth places respectively, the IMD World Competitiveness Yearbook 2017 which positioned Singapore and Hong Kong among the top three most competitive nations in the world, and the Economist Intelligence Unit Country Forecasts Report 2014 which lauded the two cities as top places for investment both in the region and in the world. This rankings explain why the Singapore vs Hong Kong competition for the title of the most important business hub in Asia has always been an intense one.

Given the close tie in choosing between The Lion City and Hong Kong as business destinations, here are the main reasons why doing business in Singapore is a great decision.

This year marks the 20 years since the handover of Hong Kong back to Mainland China, effecting the “one country, two systems” way of governance. Hong Kong residents have been adjusting to the Chinese way of rule often not without some friction as witnessed through the Umbrella Revolution and the Occupy Central movement. This has caused unrest and disruption to the day-to-day activities in Hong Kong. In contrast, Singapore is renowned for being a peaceful city-state where protests are quickly quelled. In addition, over the years, the rise of other Chinese cities has led to a decreased economic clout of Hong Kong. Indeed, Hong Kong, today, faces competition from the cities of Beijing, Shanghai and Shenzhen.

For companies choosing to set up in Singapore or Hong Kong, the tax regime of each business destination will be a key deciding factor.

In Singapore, the corporate income tax is up to 17% but the effective rate is lesser. This is due to tax incentives granted to newly setup companies and to industry-specific companies. For instance, a qualifying startup can benefit from a full tax exemption on the first S$100,000 of normal chargeable income and a 50% exemption on the next S$200,000. The tax exemption is applicable for the first three consecutive Years of Assessment. In Hong Kong, companies are subject to a flat rate of 16.5% income tax.

It is worth noting that Singapore has 76 comprehensive double taxation agreements (DTAs), while Hong Kong has more than 30 DTAs with other countries.

Another key consideration for establishing a business in a given city is the setup costs. In both Singapore and Hong Kong, the associated incorporation costs are minimal. However, the office rental costs in both places are notoriously high in the Asian region. For instance, the Knight Frank’s Skyscraper Index revealed that Hong Kong was the world’s most expensive office leasing market in both 2015 and 2016. As an indication, the office lease rates in Hong Kong were higher than places such as Manhattan, Tokyo, London or San Francisco. According to the Index, the prime office rents in Hong Kong will still be high in the next few years owing to soaring office space demand. Hong Kong’s expensive office rental prices were also highlighted in a study by DTZ/Cushman & Wakefield. It was noted that Hong Kong was twice as expensive as Singapore in the commercial rental space on a square metre basis. Coping with commercial space demand, Singapore has developed regions outside of the Central Business District notably in the West with the Jurong Gateway, and in the East with the Changi Business Park and Paya Lebar Central areas.

In addition to setup expenditure, the cost and availability of talent are also deciding factors for setting up in a particular business destination. It has been reported that employment costs are generally higher in Hong Kong due to the higher cost of living. In terms of the quality of the workforce, employees in Hong Kong are typically English educated although they are more comfortable speaking in Cantonese and to a lesser extend in Mandarin in day-to-day life. In Singapore, there is a generally higher percentage of highly educated and well-trained employees, both from within Singapore with graduates from the local universities as well as outside of Singapore with foreign talent who can contribute their overseas experience.

An entrepreneur will also take the time to evaluate the cost of living of a city before choosing to settle down there. Although both Singapore and Hong Kong have high costs of living, Singapore has increasingly become the preferred destination for expatriates. This is because Hong Kong has been ranked as the most expensive city in Asia and second in the world according to ECA International.

For those seeking domestic help, the cost of securing a maid is slightly cheaper in Singapore compared to Hong Kong, excluding costs related to food and healthcare.

Hong Kong remains a key business destination in Asia especially for companies using the city as a gateway to Mainland China. Nevertheless, companies which prefer a location outside of the remit of the China system will likely opt for doing business in Singapore rather than in Hong Kong. 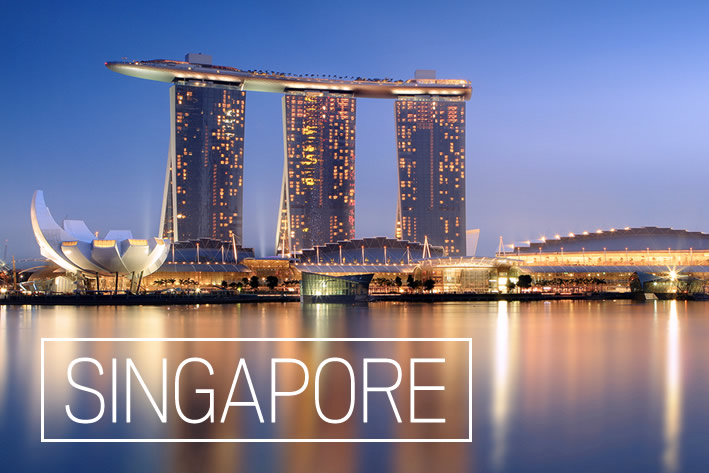