Singapore's Startup Ecosystem: 6 Reasons Your Startup is Going to Succeed

Singapore's Startup Ecosystem: 6 Reasons Your Startup is Going to Succeed

Singapore is among the top startup ecosystems around the world. This is according to this year's report by Startup Genome which surveyed more than 50 ecosystems in 28 countries based on factors such as performance, funding, market reach, talent and startup experience. To-date, there are around 2,400 tech startups in Singapore with an ecosystem value of US$11 billion. Most startups are in the area of digital technology, followed by fintech and enterprise tech startups.

With the Singapore startup scene growing from strength to strength, here are five reasons why your startup is going to succeed.

Several global rankings by organisations such as the World Bank, the Economist Intelligence Unit and the World Economic Forum recognise Singapore as a leading place to do business. Being among the least corrupt countries in the world, well-known for its strong Intellectual Property protection and regulation, the country boasts a stable political climate and rule of law. This pro-business environment has allowed companies to start or grow backed by a low tax regime with a corporate tax of 17%, an income tax which starts from 0% to 20% and more than 60 Double Taxation Agreements. Singapore is also one of the most digital countries with a mobile penetration of more than 140%, eight million mobile subscriptions, over 10 million (2015) wireless broadband subscriptions, and an average connection speed of 12 mbps (2015).

Earlier this year, in a study carried out by NUS Enterprise - the National University of Singapore's business and entrepreneurship centre, it was reported that startups here are increasingly relying on government support. The study titled "Growth Dynamics of High-Tech Startups in Singapore: A Longitudinal Study" revealed that a total of 69% of startups participated in government schemes, an increase from the 19% in 2010. Indeed, in line with its strong commitment to foster entrepreneurship, the Singapore government has launched Startup SG this year to support startups in various areas such as branding, funding, and talent attraction during their various stages of growth. Unifying the help to startups, the Startup SG initiative offers several funding programs, including the Startup SG Founder first-time entrepreneurs with innovative business concepts, Startup SG Equity for Singapore-based startups in the area of general technology or deep technology, and Startup SG Tech Grant for startups with either Proof-Of-Concept or Proof-Of-Value projects.

Aside from government funding, Venture Capital (VC) activity has also been increasing in Singapore. A PwC report on Singapore's tech-enabled startup ecosystem in 2015 noted that Singapore-based VCs have been actively investing in local tech-enabled startups. As an indication, the total funding amount in Singapore in 2015 was US$1.16 billion, as compared to US$80.57 million in 2010. The most active investors in Singapore include Wavemaker Partners with 26 deals, Jungle Ventures with 22 deals, and 500 startups with 20 deals. Moreover, the PwC report indicated that there is further potential for funding in Singapore to reach the level of other startup ecosystems elsewhere such as Silicon Valley or Tel Aviv.

Besides the "hardware" set in place to nurture startups, Singapore is also home to a thriving startup community. The most iconic venue housing the variety of startup players in Singapore is Block 71 which has been described by The Economist as the "world's most tightly packed entrepreneurial ecosystem. Block 71 is located near the educational institutions of INSEAD and National University of Singapore, as well as the research hubs of Fusionopolis and Biopolis. Bringing together entrepreneurs, VCs, incubators and accelerators, the Singapore startup calendar is packed with annual events such as InnovFest unbound, Echelon, Startup Week and Slush which was originally started in Finland and later saw local editions around the world.

Recognising the talent in Singapore, the Startup Genome report placed the country as being first in the world for tech talent, ahead of the more established startup ecosystems of Silicon Valley, London and Tel Aviv. This was attributed to the fact that Singapore has an accessible pool of experienced software engineers as well as growth employees who have two or more years of prior experience in another startup. Owing to Singapore's educational system, most of the graduates have degrees in the fields of engineering and computing which are the general backgrounds of entrepreneurs.

While Singapore has a limited local market size, it boasts a strategic geographical location in the region, serving as a gateway for more than 600 million people in Southeast Asia. This is the third largest market in the world, ahead of the European Union and the US.

A number of startups have chosen Singapore as their main base to establish their businesses. These include Zalora, the online retailer, which sells fashion and beauty products from some 500 international brands in Brunei, Hong Kong, Indonesia, Malaysia, the Philippines, Singapore, Thailand and Vietnam. Likewise, Garena, the consumer Internet platform provider, has successfully expanded to Indonesia, the Philippines and Thailand.

Singapore offers a number of advantages for beginning your entrepreneurship journey. We can help you start your business here and advise on the incorporation, accounting and employment matters. Refer here for a quick guide on the company registration options and here for the information about the entrepreneur work visa. 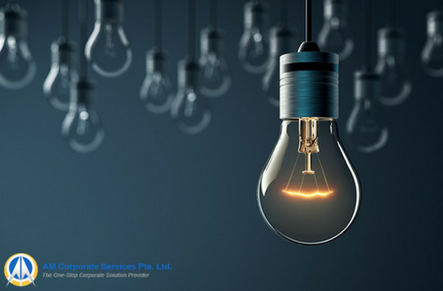