7 Most Successful Ecommerce Companies in Singapore for Inspiration

7 Most Successful Ecommerce Companies in Singapore for Inspiration 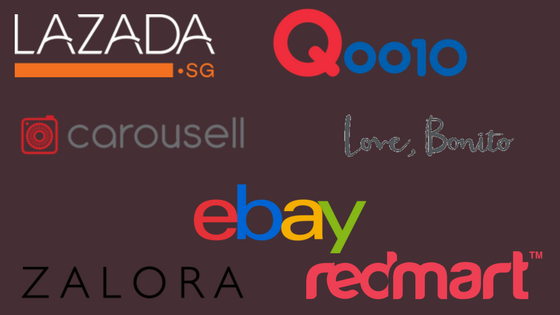 Ecommerce is taking our increasingly globalized world by storm, and in the case of Singapore, this is especially transparent. According to the report published by Google and state-owned investment company Temasek titled “e-conomy SEA,” Singapore’s ecommerce market is expected to grow to S$7.5 billion by 2025. This is set in the broader context that the Southeast Asian internet economy is the world’s fastest growing region with a projected growth of S$270 billion by 2025, with ecommerce making up for S$118 billion.

The factors contributing to the rise of ecommerce include a flourishing young population, a rise in Internet speed and penetration, an increase in GDP growth, a better payment ecosystem, and a lack of store access.

Described as the “Amazon of Southeast Asia,” Lazada is the top ecommerce site in Southeast Asia. First founded by Rocket Internet in 2011, Lazada currently operates in Indonesia, Malaysia, the Philippines, Singapore, Thailand, and Vietnam. Headquartered in Singapore, Lazada is led by CEO Maximilian Bittner. Catering to more than 500 million customers, Lazada provides a range of products such as household goods, toys, fashion goods, and sports equipment. It ensures smooth delivery through the establishment of its own logistics network. In 2016, Lazada made waves when the Chinese ecommerce giant Alibaba Group acquired a controlling stake in the company. Alibaba has an 83% stake in Lazada, indicating the importance of the Southeast Asian market for the Chinese firm.

With an estimated average 8.4 million visits per month, Qoo10 is the biggest ecommerce site in terms of traffic. Helmed by CEO and founder Ku Young Bae, Qoo10 is run by Giosis, which is a joint venture company formed together with eBay - the US-based multinational ecommerce corporation. Established in 2010, Qoo10 (formerly known as Gmarket) – is an online market place where buyers and sellers can connect, mainly with listings in the areas of health, beauty, and fashion today. With its headquarters in Singapore, Qoo10 is run on seven online marketplaces including China, Hong Kong, Japan, Indonesia, Malaysia, and Singapore. It is focused on having Small and Medium Enterprises sell their products online.

Ecommerce site Zalora leads in the fashion sector. In iPrice’s Singapore’s top ecommerce rankings, Zalora ranked first as the most visited fashion site with an estimated 1.2 million monthly visits. First launched in 2012, Zalora is headed by CEO Parker Gundersen. Zalora currently has a presence in Australia, Brunei, Hong Kong, Indonesia, Malaysia, New Zealand, Philippines, Singapore, and Taiwan. As a premier fashion site, Zalora carries more than 500 international and local brands. Zalora is part of the Global Fashion Group, which is considered as the world’s top fashion group with a presence in geographies including India, the Middle East, South America, and Russia.

Another noteworthy fashion ecommerce site is Singapore’s home-grown fashion brand Love, Bonito. It has the highest number of Instagram followers – 130,000 followers to be exact. Love, Bonito was founded by Rachel Lim, Viola Tan, and Velda Tan in 2010. With the aim of securing new customers and maintaining its client bases, Love, Bonito has focused on a detailed social media strategy. Beyond Singapore, Love, Bonito also has a presence in Cambodia, Indonesia, and Malaysia. Furthermore, Love, Bonito has moved from the online sphere and opened a brick and mortar boutique in October 2017.

Making the list is the reknown US-based multinational ecommerce corporation eBay. Devin Wenig is eBay’s President and CEO. Since its establishment in 1995, eBay has become a leading online auction and shopping site, allowing people and companies across the world to buy and sell items. In Singapore, eBay follows Qoo10 as the most visited website with an average of 1.5 million visits per month. Local companies have made eBay their ecommerce platform of choice to do business, often bringing in lucrative profits. For instance, Gift Time, which is a Singapore-based watch retailer, made sales of S$4 million in 2017 via eBay.

Leveraging mobile platforms, Carousell is among Asia’s leading marketplaces for people to buy and sell products through an app. It also built and included an online platform. As of September 2017, Carousell had 95 million listings globally. Carousell’s top categories include women’s and men’s fashion, electronics, home and furniture, and health and beauty. Founded in 2012 by Quek Siu Rui, Lucas Ngoo and Marcus Tan, Carousell has grown into a business with operations in places such as Australia, Hong Kong, Indonesia, and Malaysia. It was reported that Carousell garnered an estimated S$47 million in Series B funding in August 2016.

With regards to grocery items, RedMart is Singapore’s leading online supermarket site. With a home delivery system accessible seven days a week, RedMart offers value for money prices on groceries and household items. It is part of Alibaba-backed Lazada. Founded in 2011 by Roger Egan III, Vikram Rupani and Rajesh Lingappa, RedMart was created in finding a way to help customers save time and money on grocery shopping. In August 2017, RedMart appointed Silicon Valley veteran Patrick Teo as the company’s new Chief Product Officer and Executive VP of Engineering.

Singapore is a vibrant hub to some of the world’s leading Ecommerce companies. With employment and entrepreneurial opportunities in Singapore, it and its prominent aforementioned Ecommerce companies can inspire your next big business move. Contact AMCorporate Services on how we can help you for your company formation in Sangapore.